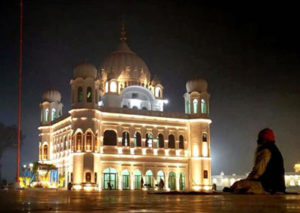 Sikh heritage in Pakistan is one of the major pillar of the heritage of Pakistan. Pakistan is proud to be cradle of Sikh heritage and a sacred land for all Sikh pilgrims to Pakistan and for other Sikhs living around the world as well. After Mughal’s downfall in Indian sub-continent the Sikhs took over India and ruled here for about more than five decades and during their era there were lot of new additions into the Indian history. Some of these landmark additions are quite visible if we concentrate a little on it. These Sikh landmarks are asset to promote Sikh pilgrimage to Pakistan. There are endless monuments, havelis, forts and Gurdwaras which are now part of the major landmarks of Pakistan.

Sikh heritage in Pakistan is extended up to KPK and even further. Jamrud fort is one of the old forts built by Sikhs, the fort at the main gateway to India (Khyber Pass) which was known as the first defense for India. There are also other forts in Shabqadar, Lockhart, Balahisar Fort, fort in Bara, Michni, Bannu, Dera Ismail Khan, Haripur, Mansehra and Oghi. Some of the Sikh ruins at Khairabad, Akora Khattak and Jehangira forts are still to be explored which were built by Sikhs.

Sikh heritage in Pakistan is spread all over Pakistan and one can also witness the famed March 14, 1823 battle of Nowshera. This place is located here with the name of Samadh of Bhai Phoola Singh Akali, a general of the Sikh Army who fell in the battle and was cremated on the site located near the northern bank of Kabul River at Pir Sabak.

As a matter of fact the preservation of the Sikh heritage in Pakistan would benefit Sikh pilgrimage to Pakistan. “It would be great service to tourism industry of Pakistan. Sikh pilgrims to Pakistan would be pleased to visit heritage if all sites are documented and put on the tourist map of the world. Every year thousands of Sikh yatris come to Panja Sahib and Nankana Sahib for pilgrimage purpose. It is my wish that these yatris should also visit sites of military, historic and religious significance for Sikhs when they are in Pakistan. This will boost tourism and help the Sikhs to know about these places and strengthen their identity,” and will also play a vital role to enhance friendship between India and Pakistan. I have a strong belief that this is our shared heritage and not just for the Sikhs. It would attract global visitor especially Sikh pilgrimage to Pakistan.

As in individual capacity I am justified to claim that I have made some contribution in saving Sikh heritage in Pakistan. To know all about my contributions in this regard to save Sikh culture and heritage please visit my Facebook page that would shed light on this subject https://www.facebook.com/savesikhheritage/. However many other projects to save Sikh heritage are in pipeline.